The (Intemperate) Thanks Of A Grateful Nation 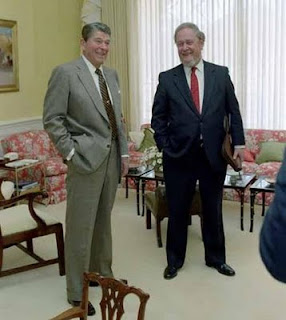 There IS one thing, which I had forgotten, and which--now reminded of it-- forever shades my opinion of Ted Kennedy toward approval. That is, in 1987, he, almost single-handedly, Saved the County from that vile, fascist fucker, Robert Bork; who, had he then been confirmed, would likely be the Chief Justice today. For that service alone, Ted Kennedy should have earned the eternal thanks of a grateful (un-Borked) nation.

Here's what Kennedy said of Bork at the time (and what was at the time described as the determinative critique of the laughing fascist fuckwit Raygun was determined to shove down the throat of the country as his parting gift):

"Robert Bork's America is a land in which women would be forced into back-alley abortions, blacks would sit at segregated lunch counters, rogue police could break down citizens' doors in midnight raids, schoolchildren could not be taught about evolution, writers and artists could be censored at the whim of the Government, and the doors of the Federal courts would be shut on the fingers of millions of citizens for whom the judiciary is -- and is often the only -- protector of the individual rights that are the heart of our democracy... President Reagan is still our president. But he should not be able to reach out from the muck of Irangate, reach into the muck of Watergate and impose his reactionary vision of the Constitution on the Supreme Court and the next generation of Americans. No justice would be better than this injustice."

This position, and having the temerity to utter it, earned Kennedy the eternal, ferocious animus of the wackloon/fundie/flying monkey Right, whose agenda he had too carefully, too accurately described.

I had forgotten this until this morning, reading the accounts of Kennedy's career. At TAPPED, today, columnist A. Serwer reminded us:

Kennedy's statement wasn't so much wrong as it was expressed in the kind of intemperate manner that ruffles feathers in Washington. The fact is, Bork believed only "political" speech was protected by the First Amendment; he, like many other conservatives, didn't believe that women have the right to make choices about whether to carry pregnancies to term; he was critical of the idea that illegally obtained evidence shouldn't be used in court; and while nominally agreeing that the 14th Amendment prohibited racial discrimination -- as opposed to discrimination based on gender, which he thought it didn't -- in practice, he opposed every single piece of legislation ever passed in order to guarantee the civil rights of African Americans. Searching through old news reports, I can't speak to Kennedy's allegations on Bork's views on evolution in schools, but it's fairly clear that Bork's personal beliefs are anti-evolution
....
Jeffrey Toobin writes that Kennedy's characterization was "crude and exaggerated, "but it wasn't really all that off the mark. It was just nasty -- and in Washington, D.C., how you say what you say matters more than whether or not it's true. Especially if you're a liberal.

Some motherfuckers deserve "nasty," and both Raygun and Bork are in that number, imho...I would happily have shat in Raygun's dead mouth, or in Bork's living one...
Posted by Woody (Tokin Librul/Rogue Scholar/ Helluvafella!) at 7:42 AM

Notice how only liberals have to watch their language. The Repugs really are the double standard party.

and i steadfastly refuse to bridle myself...

probly explains why i've been banned, silenced, shunned, and otherwise run off just about every A-C lefty blog, and must resort to tooting my own horn here in obscurity.

Woody, Don't hold back, man, tell us how you REALLY feel.

You've probably already seen it, but if not you should also check out the Rude Pundit's eulogy to Ted.

In our burgeoning neo imperial neo aristocracy there's precious little sense of noblesse oblige. The Roosevelts had it. The Kennedys had it. One doubts we shall see the like of it again.

It's difficult to take you seriously when you replace fact with emotion. Learn to write what is factually correct first, and then you have the right to voice your own opinion.
And remember, when voicing your opinions, using profanity and vile imagery drastically reduces your credibility.

One notes with amusement the accusation of inaccuracy without the actual stipulation as to what such alleged inaccuracy is allegedly inaccurate.

Imbibe your feces and expire, shitwhistle! 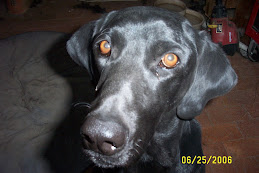 Hannah-Stellaaaa,
Dancing Queen of the Night 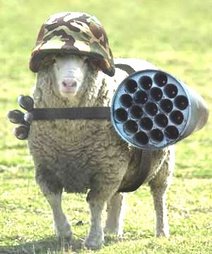 Woody (Tokin Librul/Rogue Scholar/ Helluvafella!)
"He's an old blind bear....alone in the winter woods...with only the smell of his breath for comfort. Too mean to die, too lost to care. But show some caution....he's still the Bear."

You are a Working Class Warrior, also known as a blue-collar Democrat. You believe that the little guy is getting screwed by conservative greed-mongers and corporate criminals, and you’re not going to take it anymore.

Take the quiz at www.FightConservatives.com

Half-Empty or Half-Full?
That's no choice at all.
A better one? "Chipped, or Whole?"

Cuz nobody wants to slice their lip
Sucking in that slaking sip.
There are NO "small" chips.
I don't much like blood
In my scotch. You, bud?

"If you can't say something nice about someone, come sit by me."

They fuck you up, your mum and dad
They may not mean to, but they do.
They fill you with the faults they had
And add some extra, just for you.

But they were fucked up in their turn
By fools in old-style hats and coats,
Who half the time were soppy-stern
And half at one another's throats.

Man hands on misery to man
It deepens like a coastal shelf.
Get out as early as you can
And don't have any kids yourself.
"This Be The Verse"--Philip Larkin